Another obituary? So sorry.

"Smooth, silky, smoky and gentle; as formal as you might expect from the painter he once wanted to be, Roy DeCarava’s photographs speak in a language far softer than we’re accustomed to now. They are no less powerful for their subtlety. They are meant to repay close study and they do."

Track down a copy of The Sweet Flypaper of Life from the library. Photographs by Mr. DeCarava, text by Langston Hughes.

Join ASMP Colorado President McCory James for the opening of his show featuring images from his recent trip to China.

Enjoy the Asian themed food (chicken dumplings, coconut shrimp, sushi and more) and beverages (plum wine, Chinese beer and green tea). Feel free to invite your friends and kids are welcome. We look forward to seeing you there! From PhotographyNow.net: Eschewing any notions of naturalism, spontaneity, or chance, Irving Pend always favored the rigidly controlled, formal conditions of the studio. Thus, even when photographing North African nomads, New Guinea tribesman, Peruvian Indians, or Hell's Angels, Penn contrived portable studios that permitted much the same degree of elegant and structured lighting and composition that he used to photograph fashion models and socialites. in addition to his fashion and commercial work, Penn has produced a body of art photography.

Using platinum and other precious metal processes, Penn has photographed urban detritus (cigarette butts, crumpled wrappers, etc.), the torsos of plump artists' models, and most recently, still lifes of skulls, bones, and construction materials. While the subject matter represents the antithesis of his fashion and commercial work, as does the use of artisanal printing processes produced in numbered editions, both bodies of work reveal the same preoccupation: balance of form and carefully calibrated composition, with nuances of light and tone, presenting a subject that is emotionally neutral or kept always at emotional and psychological arm's length.

Irving Penn studied under Alexey Brodovitch at the Philadelphia Museum School from which he graduated in 1938. Penn's drawings were published by Harper's Bazaar and he also painted. As his career in photography blossomed, he became known for post World War II feminine chic and glamour photography.

Penn has worked for many years doing fashion photography for Vogue magazine. He was among the first photographers to pose subjects against a simple grey or white backdrop and used this simplicity more effectively than other photographers. Expanding his austere studio surroundings, Penn constructed a set of upright angled backdrops, to form a stark, acute corner. Posing his subjects within this tight, unorthodox space, Penn brought an unprecedented sense of drama to his portraits, driving the viewer's focus onto the person and their expression. In many photos, the subjects appeared wedged into the corner. Subjects photographed with this technique included Martha Graham, Marcel Duchamp, Georgia O'Keeffe, W. H. Auden, Igor Stravinsky and Marlene Dietrich.

While a master of the studio flash, most of Penn's portraits are lighted with window light. For travelling to New Guinea and other locations to photograph indigenous people, Penn created a portable studio with a skylight deployed facing north with impressive results. These pictures had the same feel as his portraits of celebrities; fully adorned, naturally lighted, yet placed before the neutral backdrop, his tribal subjects appear as strangely defined models for a 19-century ethnographic investigation.

In 1950, Penn married his favorite model, Lisa Fonssagrives and he founded his studio in 1953. They have one son together, who is named Tom.

The Center for Fine Art Photography's 2009 International Exhibition is on display at The Center's gallery in Fort Collins, Colorado this month as well as in an online gallery on their website.
The exhibition features photographers from the United States, Mexico, Canada, China, Argentina, France and the United Kingdom and celebrates the Internet's influence on contemporary photography culture around the world: connecting international audiences to art experiences, enabling the discovery of new work and presenting never-before-seen channels of expression and communication. 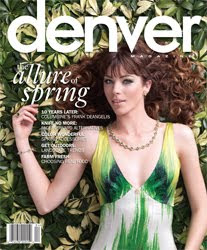